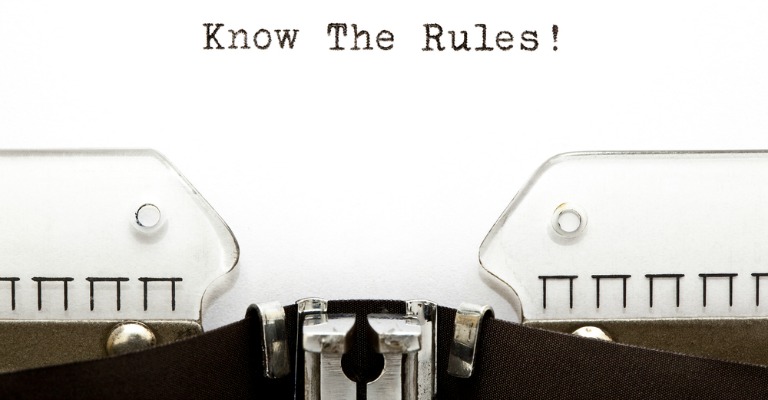 Truth is generally the best vindication against slander.

—Abraham Lincoln, in a letter to Edwin Stanton, 1864

Today, we’re going to discuss three complicated issues of importance to writers of all stripes: libel, slander, and defamation. (Please note that this article is not meant to be a substitute for legal advice. Rather, it is simply meant to provide an easy-to-understand overview of the topics.)

First, for the uninitiated, some clarifications. Libel and slander, though not exactly the same thing, both fall under the umbrella of defamation. Libel involves the written word, slander involves speech, and defamation involves both.

The key to whether something is libelous or slanderous—and could bring legal trouble—is that the statements being made must be depicted as facts (usually negative in nature). Writing or saying that you think someone did something is less likely to get you in trouble than stating it point-blank (e.g., “John Smith is a drug dealer”). Also, the statements you make must be presented in a way that does not create a “false [negative] impression” of the person(s) being discussed (Richard Bank, The Everything Guide to Writing Nonfiction, pg. 214).

In fiction, one of the easiest ways for writers to distance themselves from liability issues is to change the names and identifiable aspects of any characters based on real people. This goes beyond what the character looks like, however, and includes any major facts about that character’s life.1

Rodney Smolla, author, lawyer, and the dean of Delaware Law School, explains further what an author is allowed to get away with when basing characters on real people (stick with it; it’s worth the read):

For fiction writers, adding a simple disclaimer at the beginning of a novel or story can also help (e.g., “The following is a work of fiction …”).2

In nonfiction, however, a disclaimer isn’t possible, and in that case, when stating a fact, an author must also cite some form of evidence that the information being given is the truth. Evidence can be anything from other vetted texts to archived documentation to interviews (with a signed written release from the person being quoted3). Just be sure to cite any sources as clearly as possible either in the text, footnotes, or endnotes.

Writers of both nonfiction and fiction also need to remember that though large publishing companies keep lawyers on staff for any legal issues that may arise, the field of self-publishing designates the authors themselves as directly responsible for any legal issues. This means that prior to publication, all authors—but especially indie authors—should take steps to protect against liability by educating themselves about any possible issues, consulting legal professionals whenever necessary.

The good news is that although legal action against authors can and does happen,4,5 it isn’t an everyday occurrence, and the potential for lawsuits can be greatly diminished through the use of source citation, disclaimers, and creative discretion. When in doubt, simply take the advice of writer Stephen Leacock: “Newspapermen learn to call a murderer ‘an alleged murderer’ and the King of England ‘the alleged King of England’ to avoid libel suits.”

1. Libel: “Defamatory statement published through any manner or media. If intended to simply bring contempt, disrespect, hatred, or ridicule to a person or entity it is likely a civil breach of law. However, if it causes mayhem or breach of peace, it can be a criminal breach of law. Yet, again, if the statement is newsworthy, even if defamatory, proof of benefit to the public is required to avoid criminal complaint.”

a. Libelous per se: “the term given to the publication of written material that can cause injury to the person it is directed against” (i.e., a direct statement).

b. Libelous per quod: “a term that is given to statements that appear to be slanderous but which must be proved to slanderous” (i.e., inference).

2. Slander: “Oral defamation; the speaking of false and malicious words concerning another, whereby injury results to his reputation.”

3. Defamation: “The taking from one’s reputation. The offense of injuring a person’s character, fame, or reputation by false and malicious statements. The term seems to be comprehensive of both libel and slander.”

6 From Black’s Law Dictionary. Please note that definitions of libel, slander, and defamation vary by state and by country.